After working hard to make all the back-end code work with three-digit episode numbers, John and Dave take a break to tour back over their 20-plus year friendship, the computers they’ve owned, and more. Not your typical Geek Gab, but not one to be missed, either!

After working hard to make all the back-end code work with three-digit episode numbers, John and Dave take a break to tour back over their 20-plus year friendship, the computers they’ve owned, and more. Not your typical Geek Gab, but not one to be missed, either.

Sponsor: TextExpander: The customizable typing timesaver that expands abbreviations as you type.

Sponsor: Audible: Get a 14-Day FREE Trial of AudibleListener? Gold And 1 Free Download only with this, special MGG link

If you’re using iTunes to download and listen to podcasts, subscribe to the AAC Enhanced iTunes Feed.

Note: No show next week. John’s birthday and Dave’s on vacation! Back on the 30th

Podcast-related sites to visit (and vote for us!):

E-mail John and Dave (even an audio comment, if you please!), post in the comments below, Skype your message to “macgeekgab”, or call and leave a voice-mail at 206-666-GEEK!

This podcast is recorded on a Mac using Audio Hijack Pro. As for equipment, John is using a Behringer C-1 microphone going through a Behringer Eurorack UB1222FX-PRO mixer, monitored with Etymotic ER-6i Isolator earphones, then straight in to his Mac. On Dave’s end, a Heil PR-40 microphone is used, and the whole show is mixed “live” through a Mackie Onyx 1220 FireWire-enabled mixer before being pumped back into the Mac (via FireWire, of course), and is monitored with Ultimate Ears UE-7 Ambient earphones. Each microphone is run through a channel on a Behringer Autocom Pro-XL MDX1600 compressor, a touch of reverb is added with an ART FX-1 processor, and the whole thing is then compressed in software on the Mac. The show is recorded to AIFF, and then converted and uploaded with an Automator script. Michael, aka Computernap, then goes through and enhances the show to provide you with the AAC version. You can hear more details of the setup and how it’s mixed on Episode #32.

Theme Music: “The Answer”, written by Jeff Steblea and Brian Ayles, as performed by Go Figure. “Made On A Mac” bumper by Mark Fleser

Dave Hamilton co-founded both The Mac Observer and BackBeat Media, and he is producer and co-host of TMO’s Mac Geek Gab Podcast. He has worked in the computer industry since the early 1990s, doing time as a consultant, trainer, network engineer, webmaster, and programmer. He has worked on the Mac, all the various Windows flavors, BeOS, a few brands of Unix, and it is rumored he once saw an OS/2 machine in action. Before that he ran some of the earliest Bulletin Board Systems, but most of the charges have since been dropped, and not even the FBI requests that he check in more than twice a year. Dave's reachable for paid consulting at DaveTheNerd.com and you can find links to him on Twitter, Facebook, and Google+ here, too.

This site uses Akismet to reduce spam. Learn how your comment data is processed.

You Can Dangle Your Dongle — Mac Geek Gab 934

Did you know that macOS will tell you which Wi-Fi channel you should use on your router? How about that you can type in specific start and end times for iPhone calendar appointments? How about Read more… 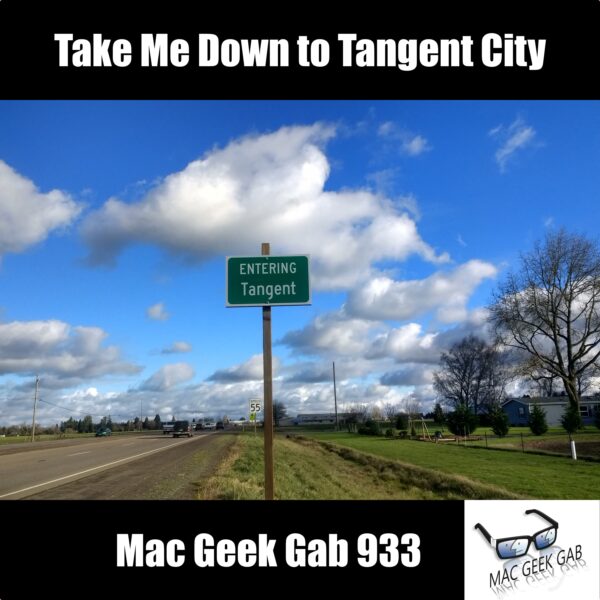 Take Me Down to Tangent City — Mac Geek Gab 933

What are your thoughts on backup internet connections, programming NFC tags, expiration dates on consumer products, DACs for your devices, and more? If you don’t have any of these yet, you will once you listen Read more… 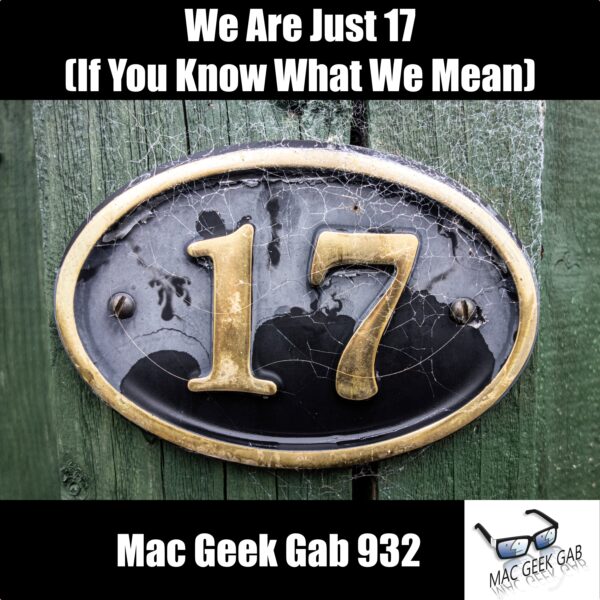 Happy Birthday to us all! It’s true… 17 years ago today (to the day!) John and Dave released the first Mac Geek Gab episode (called “TMO To Go”) and Pilot Pete joined not to long Read more…